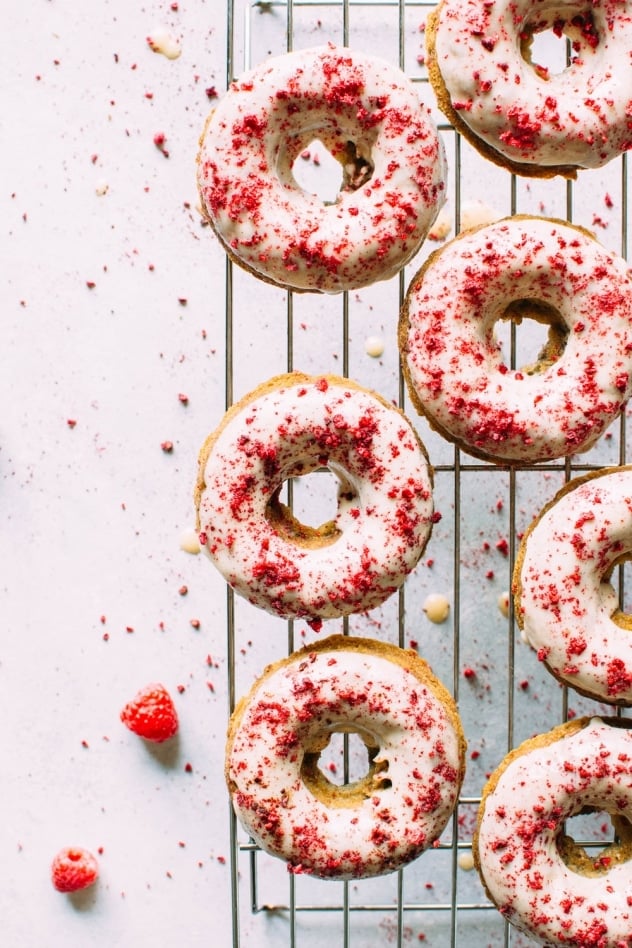 YOU GUYS! THESE DONUTS! Crumbly in all the right ways, slightly springy in texture, studded with fresh raspberries, dipped in a luscious vanilla coconut glaze and sprinkled with tart dried raspberries because donuts like to look pretty, too!

These maaay actually qualify as my new best friend. Is that too pathetic of a statement? How about: good enough to make a NEW best friend. There we go. That sounds a little more social-normal. I don’t know about you guys but I’ve neverrr chosen donuts over friends… *blink blink*

But anyhooo… (that wasn’t awkward at all now was it.. )

I’m super excited to be bringing you this scrumptious recipe in collaboration with Windy City Organics and Dastony, a company that makes raw and stone ground nut and seed butters with 100% organic ingredients. They make everything from out-of-this-world-good coconut butter, to pine nut butter, brazil nut butter, pumpkin seed butter and good old standby’s like almond butter.

And this company is so rad that they’ve offered to do a giveaway for a jar of your very own coconut butter (my personal fave!). It’s happening RIGHT NOW over on my Instagram page until September 12th. ✨ Head on over there now to snag an entry! ✨ 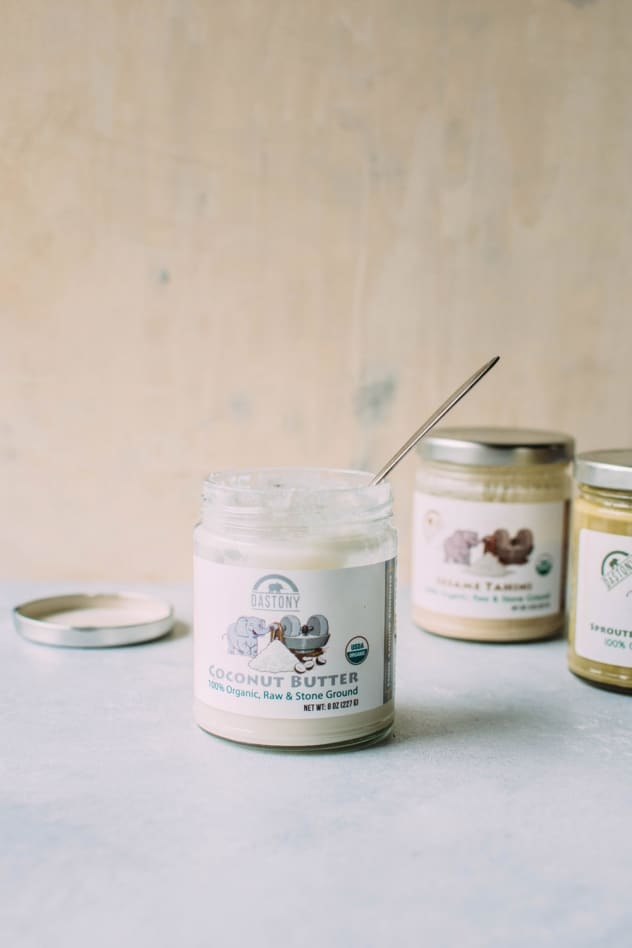 The quality of their products is apparent in their pure taste, silky texture, and ease of use for so many applications.

I was first introduced to their nut butters through Angela at Bare Root Girl, who wrote a nice little article that you can find HERE about making shortcut nut milks. Hint: One of the recipes involves Dastony’s raw nut butters, take less than 5 minutes to make, and will knock your socks off! You should check her article out, because after that, I knew they had a good thing going on.

For this grain free raspberry donut recipe I included their coconut butter in the glaze. The thick and luscious texture helped build a beautiful firm glaze that was the literal “icing on the cake” for these sweet treats! 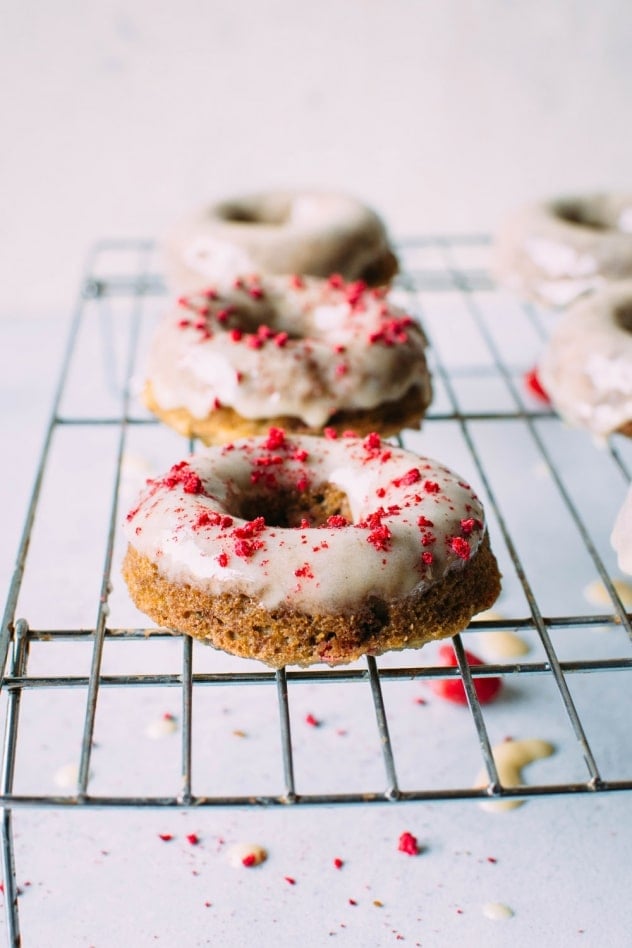 Now let’s just be clear before we go any further, these are not what some would call, real donuts. They are baked in a donut pan, not deep fried or yeasted.

But they are damn delicious, and a pretty satisfactory substitute for the real thing if dietary restrictions or a desire for a healthy alternative is what has steered you towards this recipe. 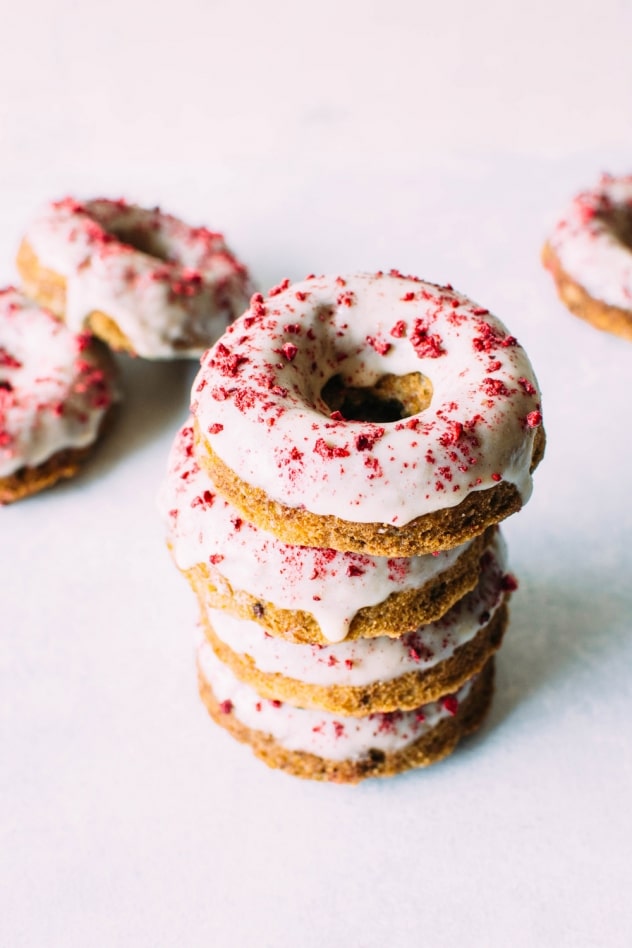 For the base of the donut recipe I used a variety of flours. Which, I know can be annoying if you don’t already have them on hand, but in order to get just the right texture that I was looking for I found this blend to work the best. And trust me when I tell you they are WORTH IT.

The result is a tender donut that still holds together well, unlike some paleo friendly baked goods that are made with only coconut or almond flour. These flours are great at absorbing moisture and providing crumb, but they’re not so great at holding a baked good together, or giving them that springy texture that gluten does. That’s where the tapioca flour comes in. Not only does it help bind the donuts together, it also gives them a springy, I’m-a-real-baked-good texture. 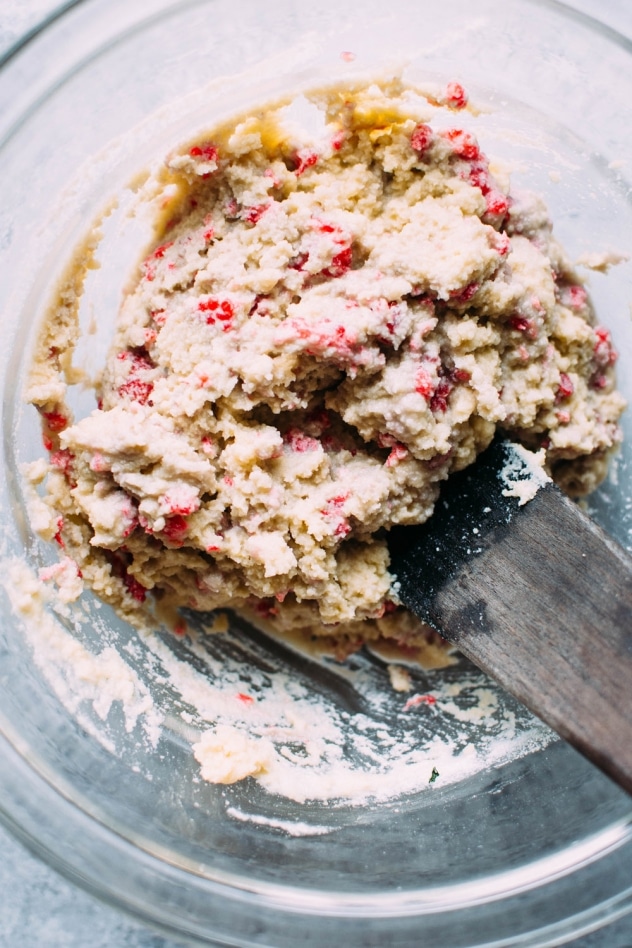 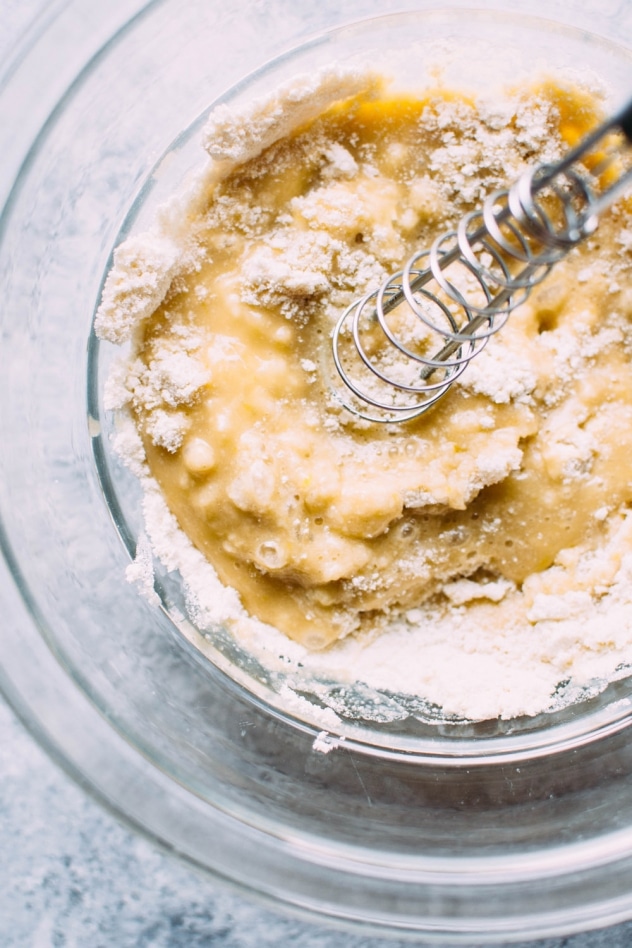 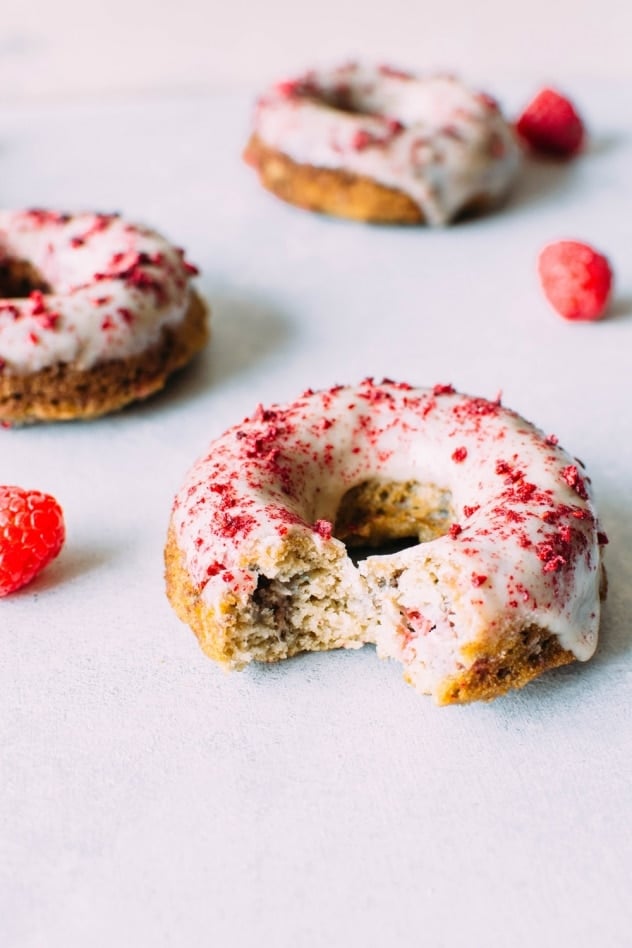 The glaze ended up being the trickiest part of this recipe. I wanted that nice firm result that was reminiscent of the glazed donuts of our childhood.

My first try just ended up soaking into the donut. Making them more soft, too sweet, and just not at ALL what my donut focused brain had imagined.

I went back to the drawing board and in walks Dastony organics coconut butter to the RESCUE! This stuff is so good you can (and has been.. ahem) eaten right off of the spoon. I paired it with some cacao butter (the fat from cacao beans that is used to make chocolate) for that little extra setting power, vanilla, and maple syrup (for just a kiss of sweetness) and we were in BUSINESS! There is some fridge chilling that needs to happen in there to keep the glaze set, but most paleo // grain free baked goods stay longer in the refrigerator anyways so this was a no brainer.

The result (three times tested) stood up to many eager taste testing bellies (thanks guys!). Even the regular eating donut people could get down with them.

And I mean… who wouldn’t wanna get down with THIS ⬇️ 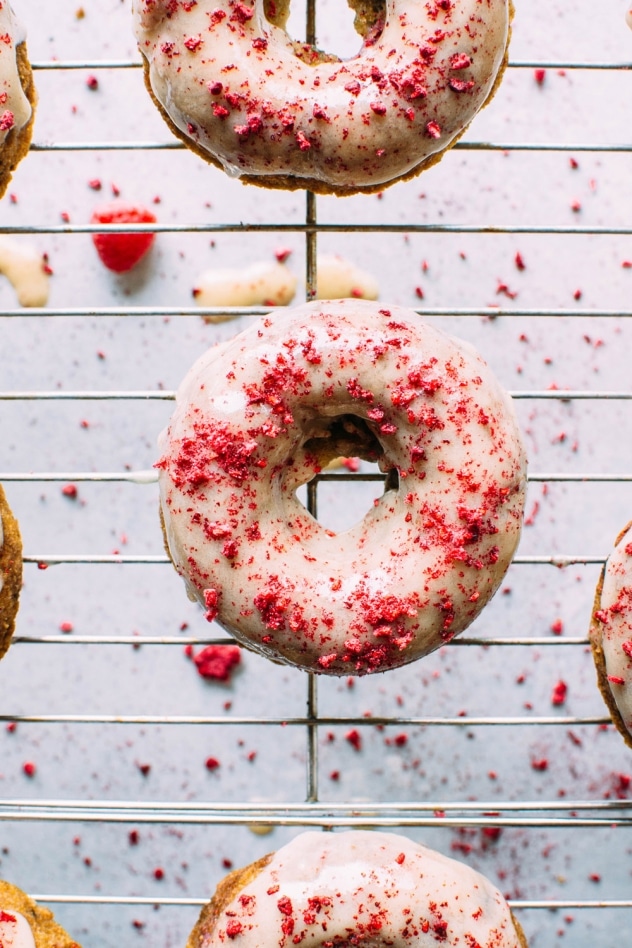 So get your grain-free-donut-loving-self on board and dig into this very sweet and worthy baking project to bring some SERIOUS joy to yourself and others! And head on over to insta to grab an entry for the sweet giveaway of one of their coconut butters to get ONE STEP CLOSER to vanilla coconut glazed nirvana!