This late summer frittata with tomatoes and fresh herbs has been my go-to egg dish pretty much since it’s been warm enough to wear sandals! Made with good-for-you pasture raised eggs, ripe summer tomatoes, savory caramelized shallots, spinach, and fresh parsley for some seriously delicious flavor – it’s a must try! 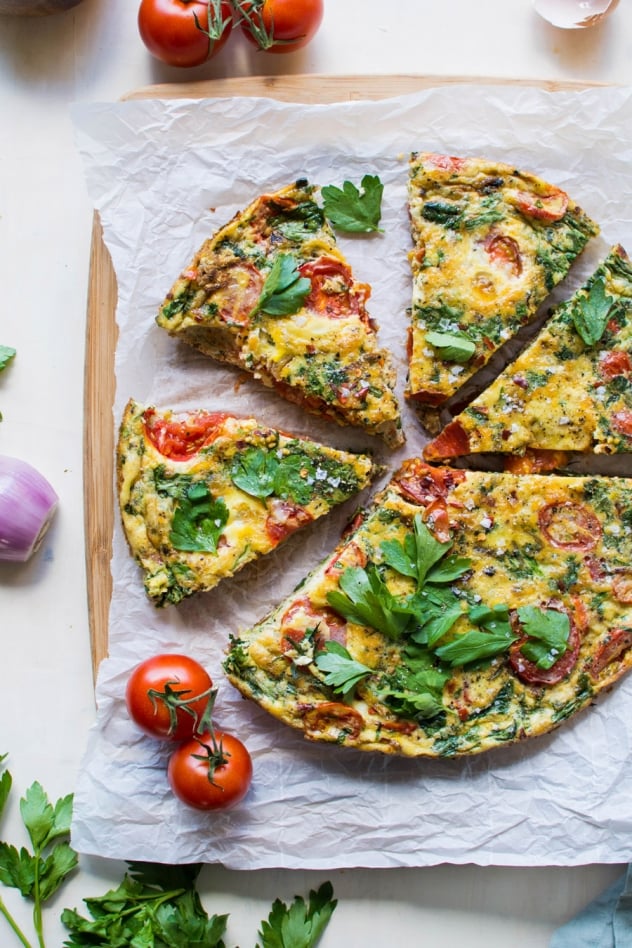 There is something so satisfying about a good frittata. First of all, it doesn’t really belong to a specific time of day, making it equally as delicious for breakfast as it is for dinner. Secondly, it’s one of the few things you can usually pull together for a super meal when all you have are some eggs and a few stray veggies (okay and also maybe a little cheese 😉) in the refrigerator.

Pair it with a big green salad for dinner or grab it on your way out the door in the morning and you are 100% doing the whole frittata thing right. 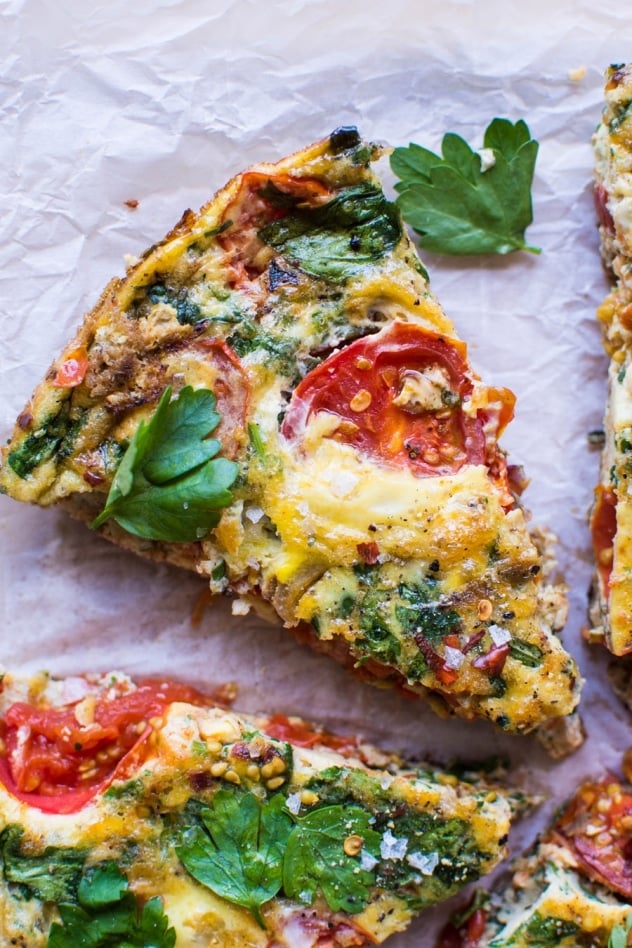 The first time I made this specific frittata recipe was actually in the beginning of summer when I was traveling in Israel for work. Staying in a little apartment by the beach in Tel Aviv, our fridge and countertops were constantly stocked with all the best produce, spreads, olives and cheeses you could imagine. A little slice of mediterranean kitchen heaven.

If I could have brought one thing back with me it would have been the deli at our nearby corner grocery store. If I had a store like that within walking distance of my house you might never see me get in a car to grocery shop again.

The produce there in general is kind of out of this world, but the tomatoes are especially good.

On the afternoon of first making this frittata I had just gotten back from a sweltering run and was craving something savory with protein, so I made a mini skillet version of this recipe with some cut up turkey slices for a little extra protein, and pretty much haven’t stopped making it since. 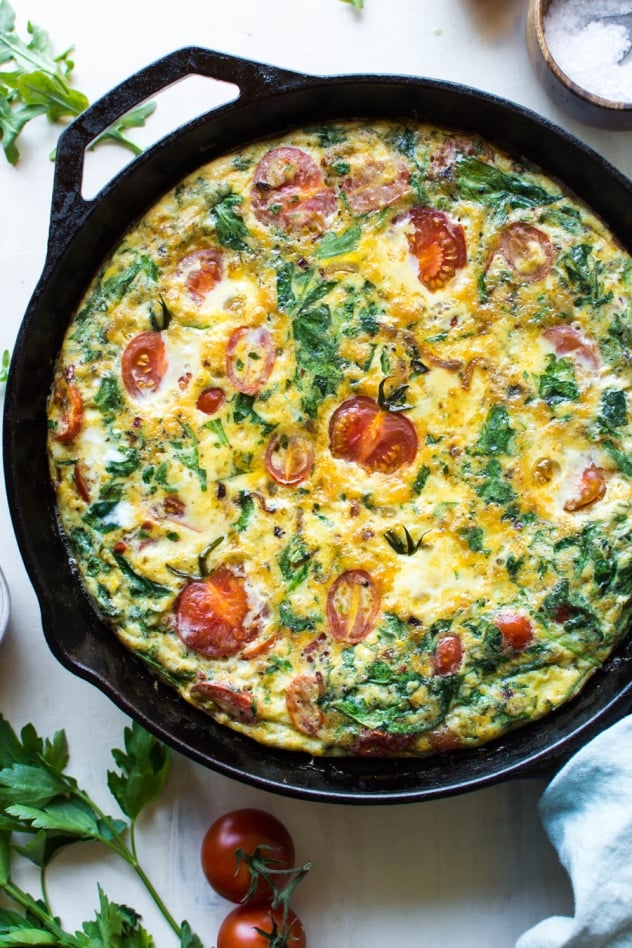 I make this frittata in a cast iron skillet, because I use that bad boy for just about everything that makes it’s way to a plate from my kitchen, but if you don’t have one or prefer not to make it in a skillet you can also make it in a pie dish – the cooking method will be altered ever so slightly – but don’t worry I’ll give instructions for both in the recipe below. 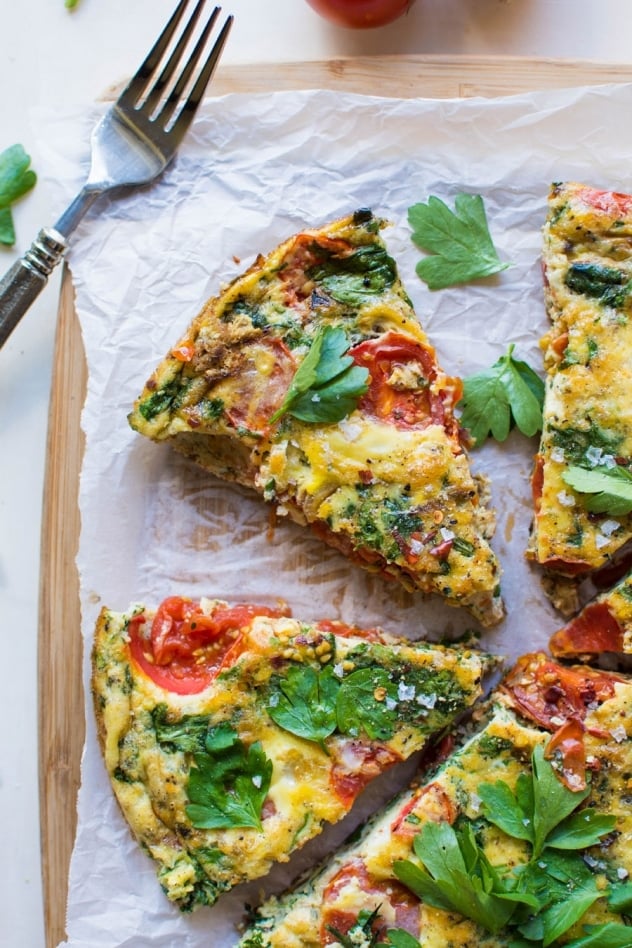 Hope you guys love it! You can let me know whatcha think in the comments below 😘

This late summer frittata with tomatoes and fresh herbs has been my go-to egg dish pretty much since it’s been warm enough to wear sandals! Made with good-for-you pasture raised eggs, ripe summer tomatoes, savory caramelized shallots, spinach, and fresh parsley for some seriously delicious flavor – it’s a must try!

If making frittata in a pie dish: