This bowl = my heaven. Royal pho broth with cabbage ribbons and vietnamese spiced pork meatballs, you have my heart. 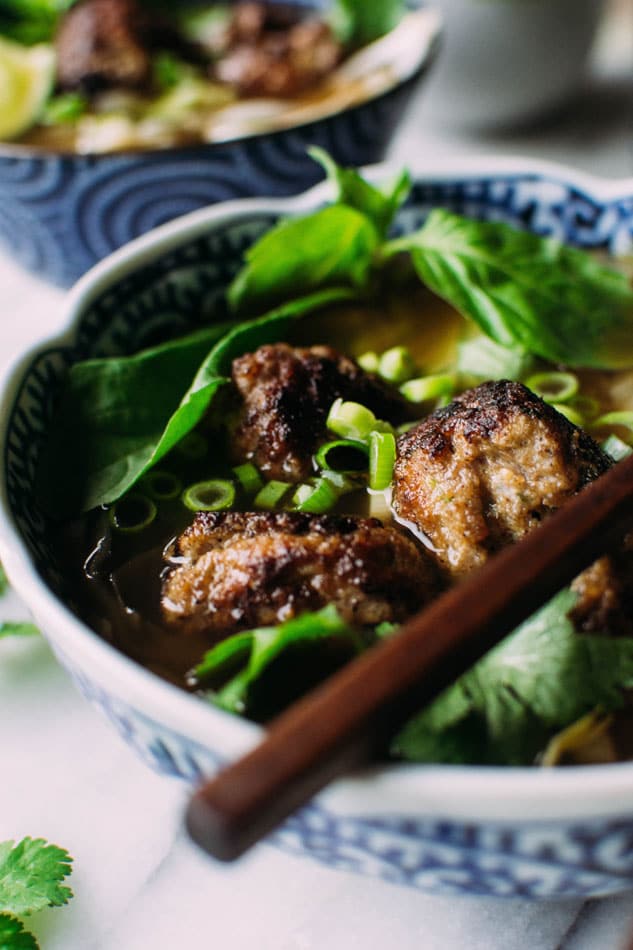 Since giving up most grains I haven’t been dining out for as many meals as I used to, and definitely I have not been indulging in big bowls of steaming pho with long slurp worthy rice noodles and more aromatics than my head knew what to do with.

Considering that pho is one of my ultimate comfort foods (helllllo one too many glasses of wine! How does pho always know how to fix that?!), I’ve been coping okay, but when it started snowing this week AGAIN in Seattle, I knew I had to do something about my life without pho.

And then I remembered an amazing recipe I have for a super easy recipe for (some might call it a cheater’s) pho broth from the incredibly talented Lynne Rosetto Kasper, the former host of NPR’s Splendid Table. Someday I know I’ll make some authentic, long simmered pho broth, but when you need a big bowl of tasty soup in a hurry, this recipe is the place to turn. 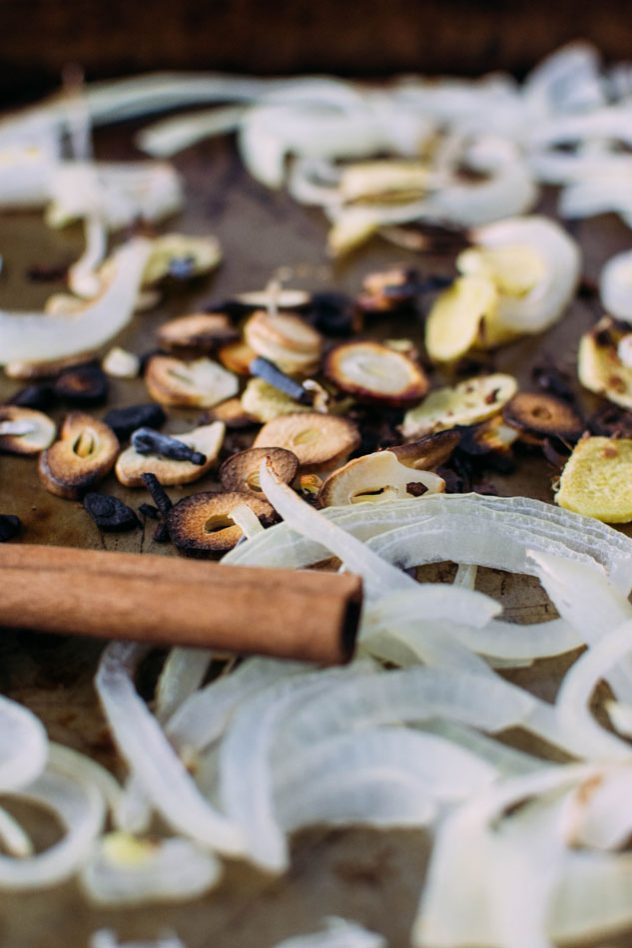 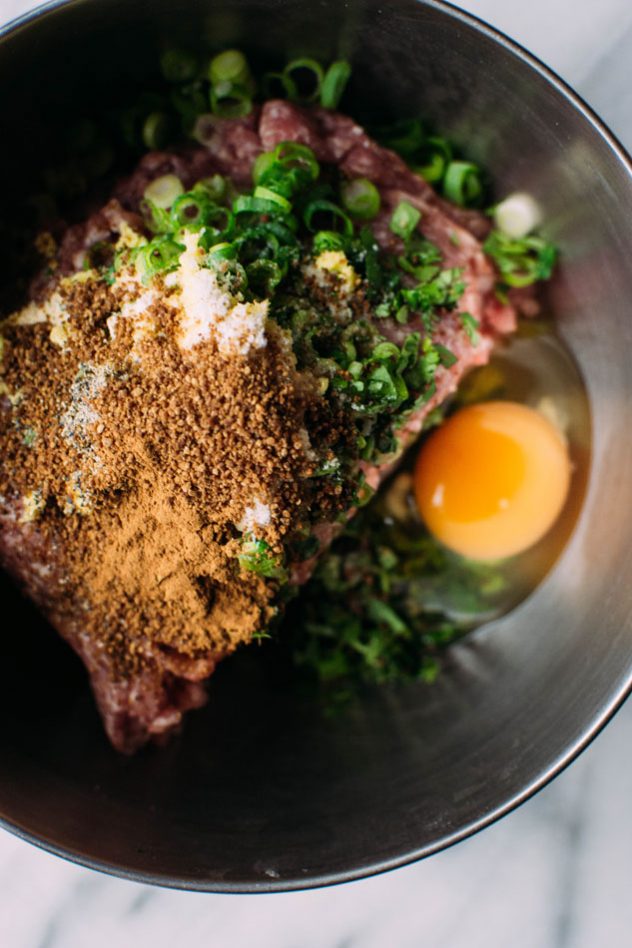 The basic idea of making this broth is to char a bunch of aromatics on a sheet pan until they’re burnt on the edges and very fragrant, and then quickly simmer them with some bone broth or your broth of choice to infuse the broth with all their rich flavors. While the broth is simmering you’ll brown the vietnamese spiced pork meatballs (which could easily be made with chicken or turkey if that’s your preference), and finally, once the broth is strained, add some long ribbons of cabbage to the broth, and cook until soft, to mimic noodles. 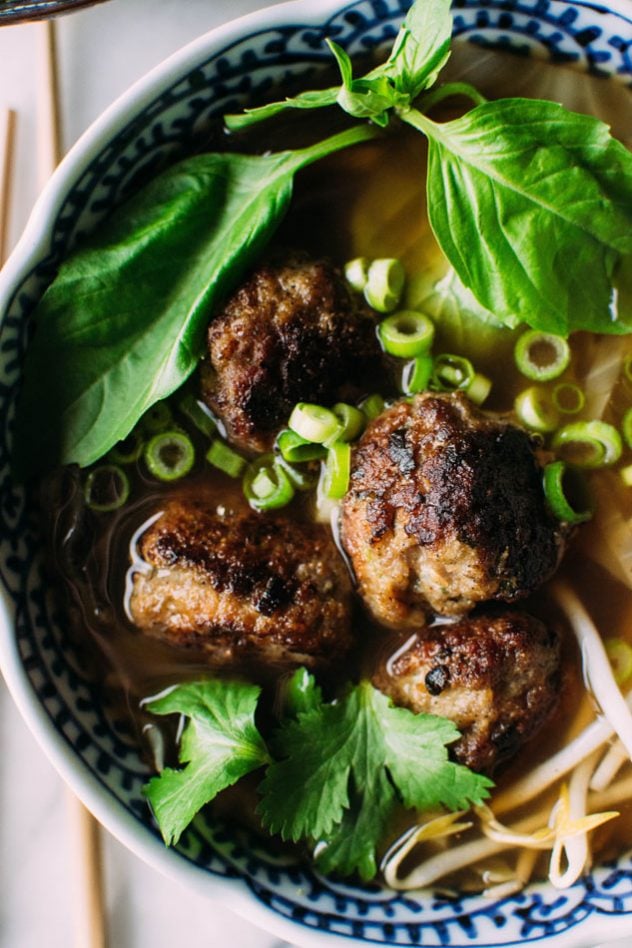 Pile it all into a bowl with your favorite fresh herbs, a big squeeze of lime juice and you’ll be in your bowl-of-pho-happy-place in no time at all! 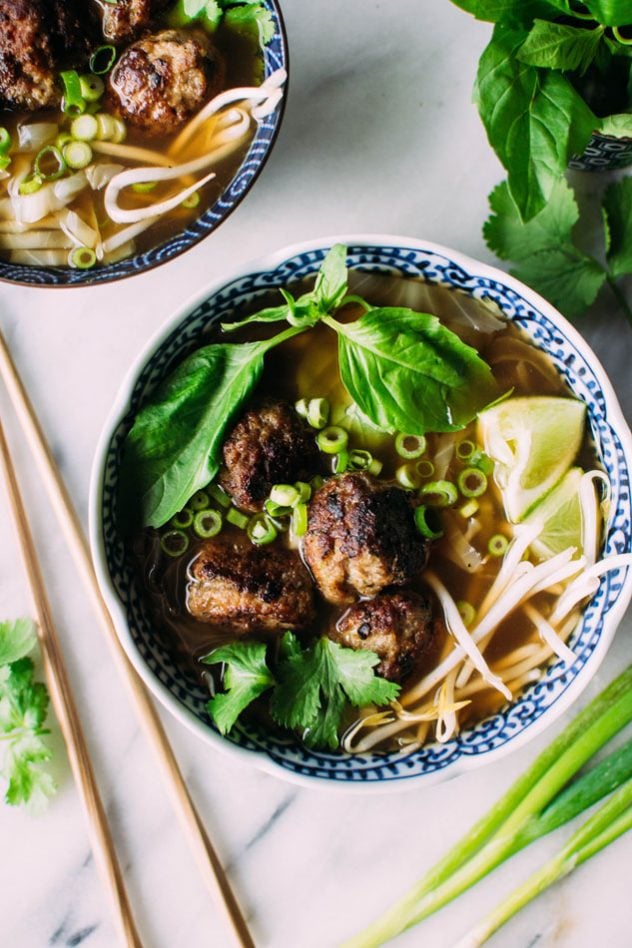