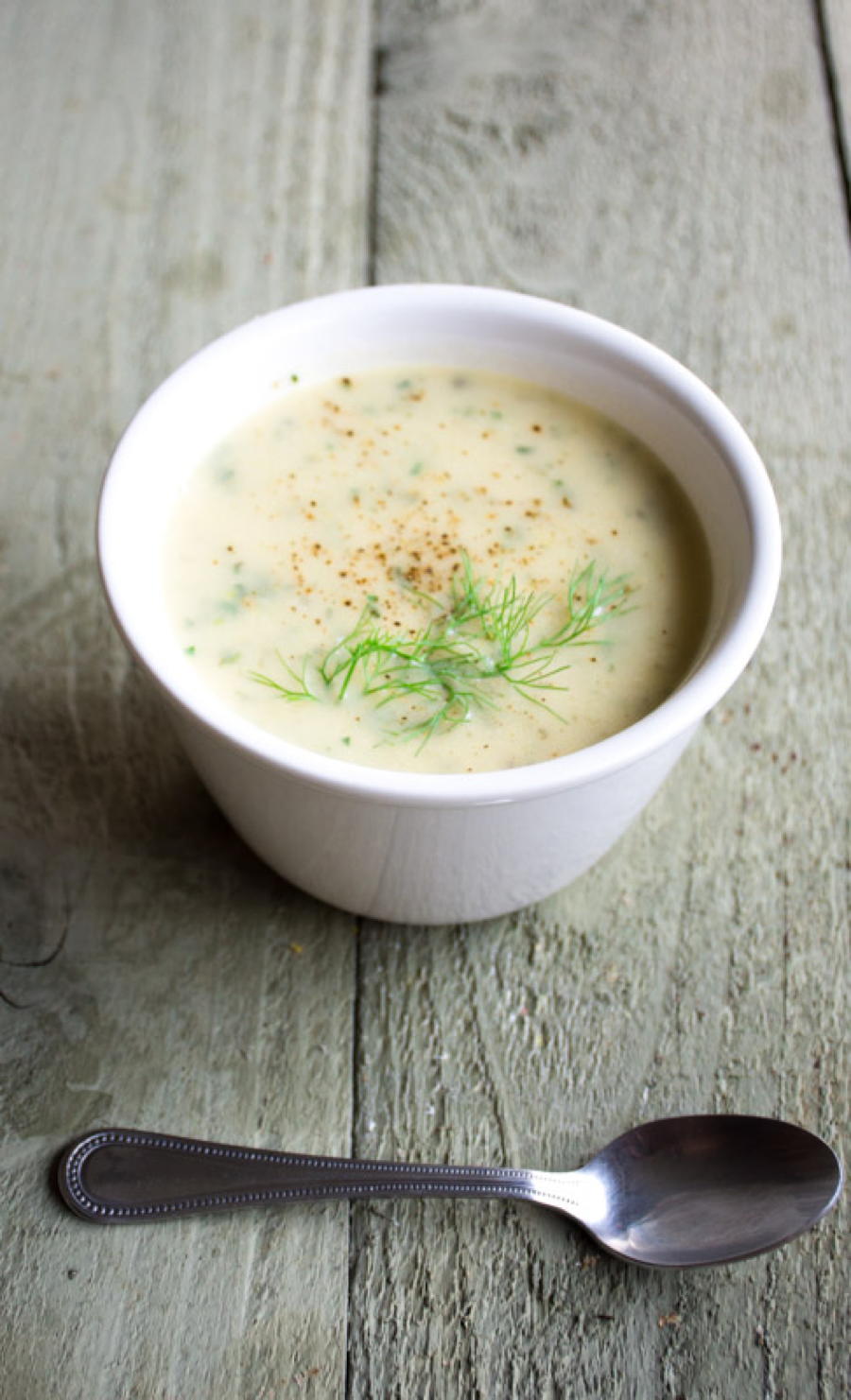 especially on a wednesday in the middle of winter. and we don’t even have it that bad here in seattle. not compared to the -24 degree wind chill that my mama reported to me earlier this week from the midwest. that’s like I don’t even want to go outside cold! but even here it’s getting to that point of oh-my-goodness I need to be on a warm sunny beach and not in winter land. you guys feel me?

but since that vacation somehow didn’t get planned this year (ahem) I’ve decided that the least we can do is eat soup. 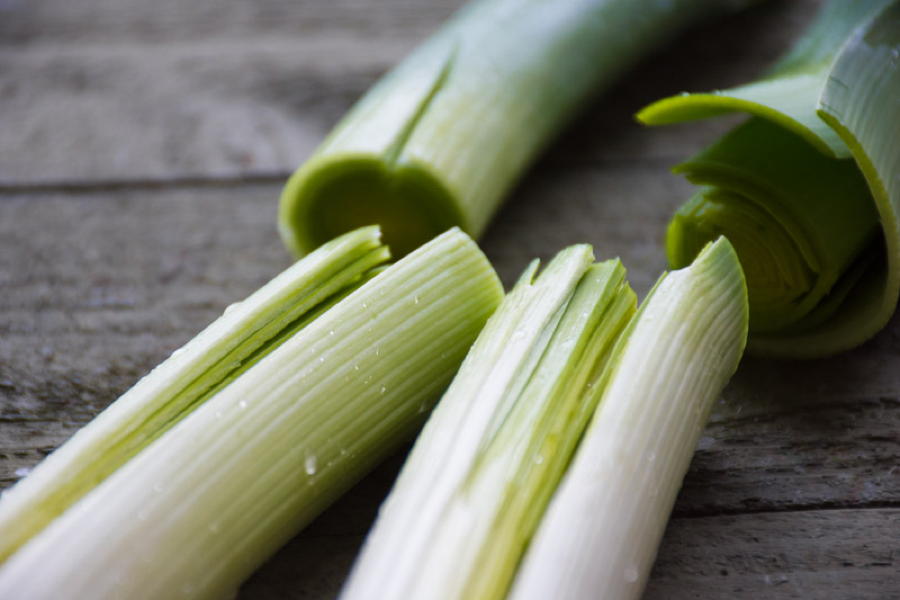 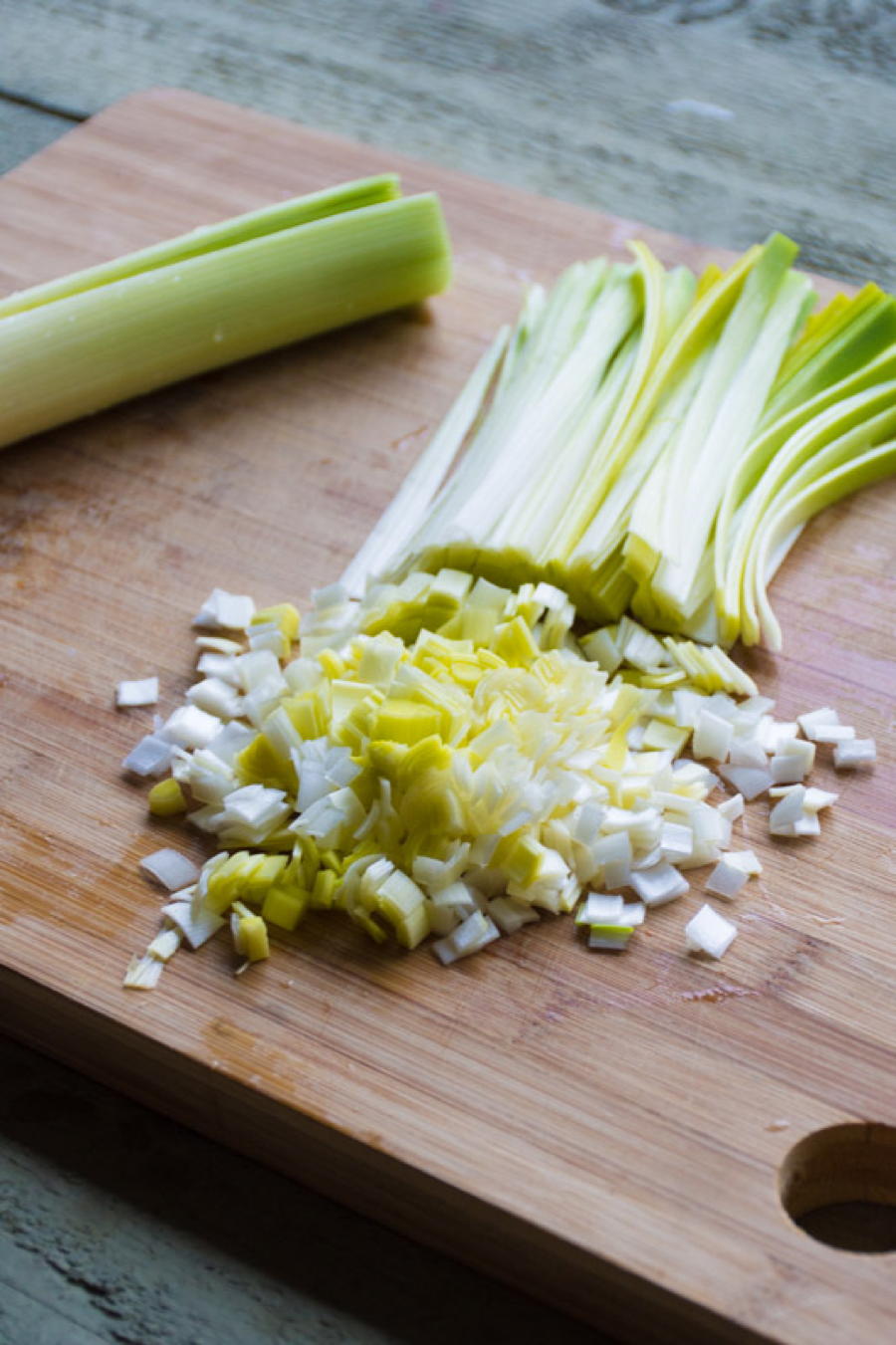 I think russet potatoes work best in this recipe since they break down nicely once cooked, although you could mix it up and do half russet and half of whatever else looks good. 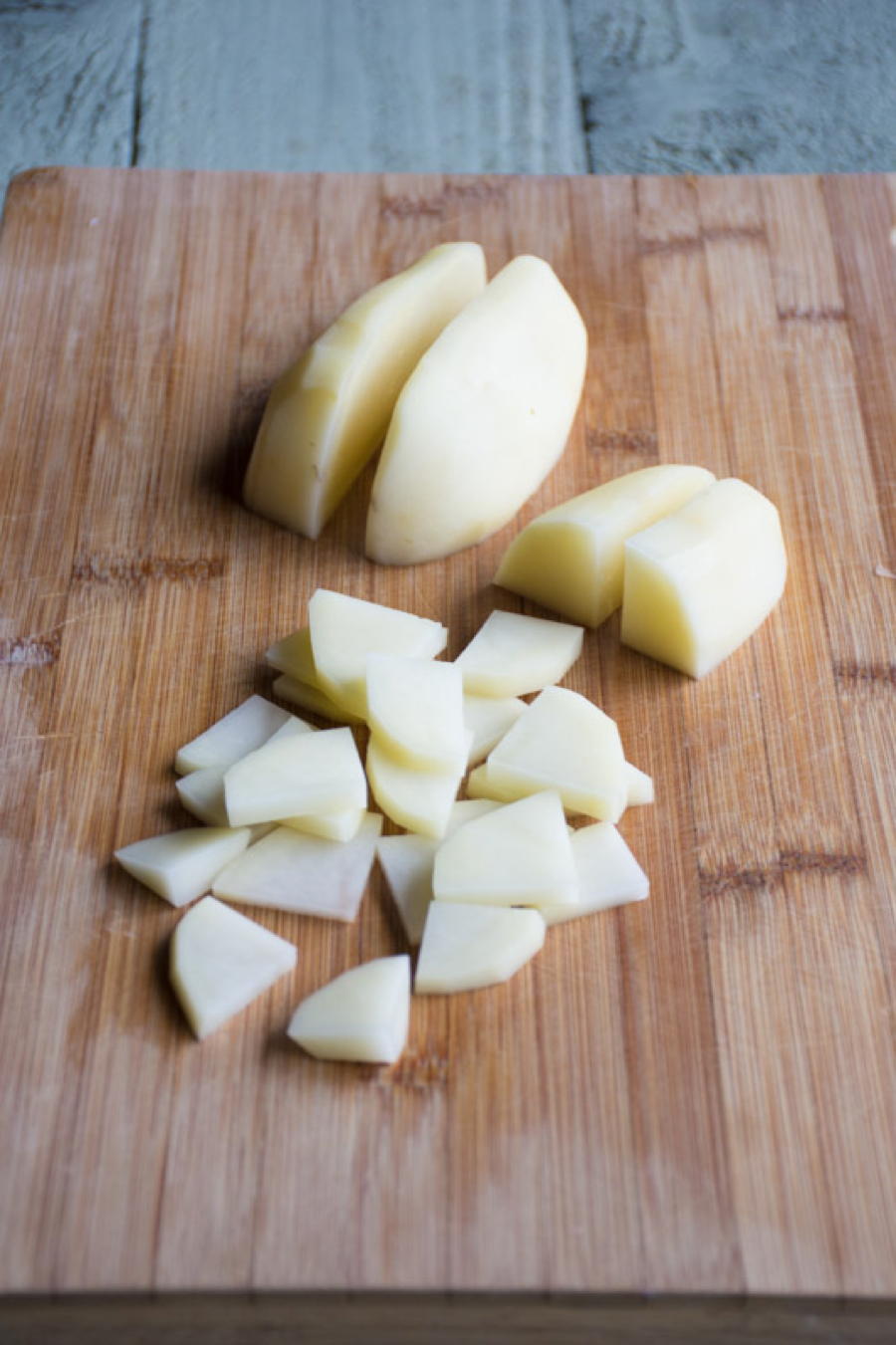 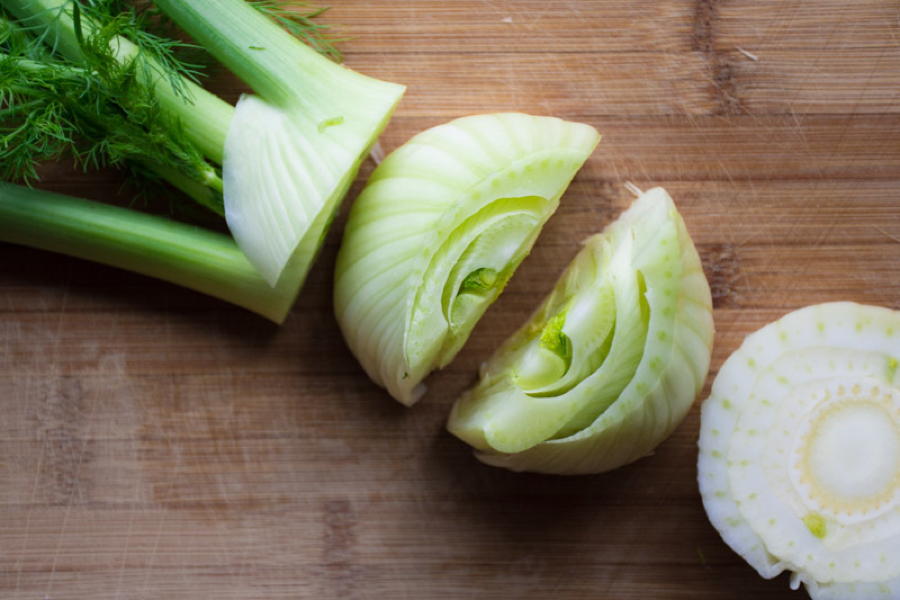 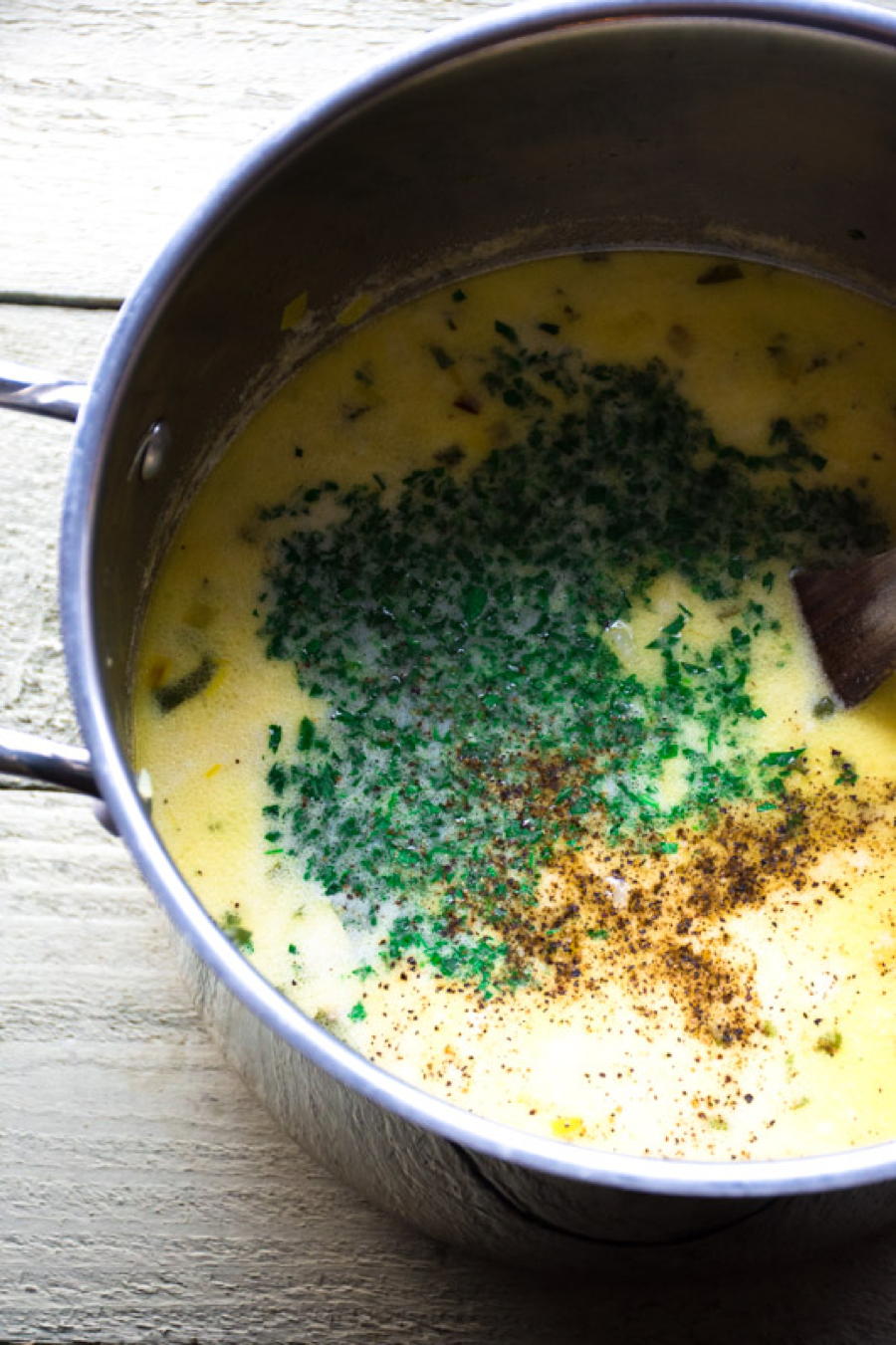 and I know I’ve made this plea before, but please don’t shy away from the fennel! it give such a nice sweet quality to the flavor of the soup and there is NO licorice flavor to be found once you have caramelized the very finely diced pieces with the leeks. magically delicious, remember?

once the soup is made and the moment of blending arrives you can decide which direction you want to take the texture of your soup. you don’t have to blend it much at all, or you could puree it into silky oblivion. either way you’ll probably want to add a bit more broth to thin out the texture slightly. I used my immersion blender and went about halfway. 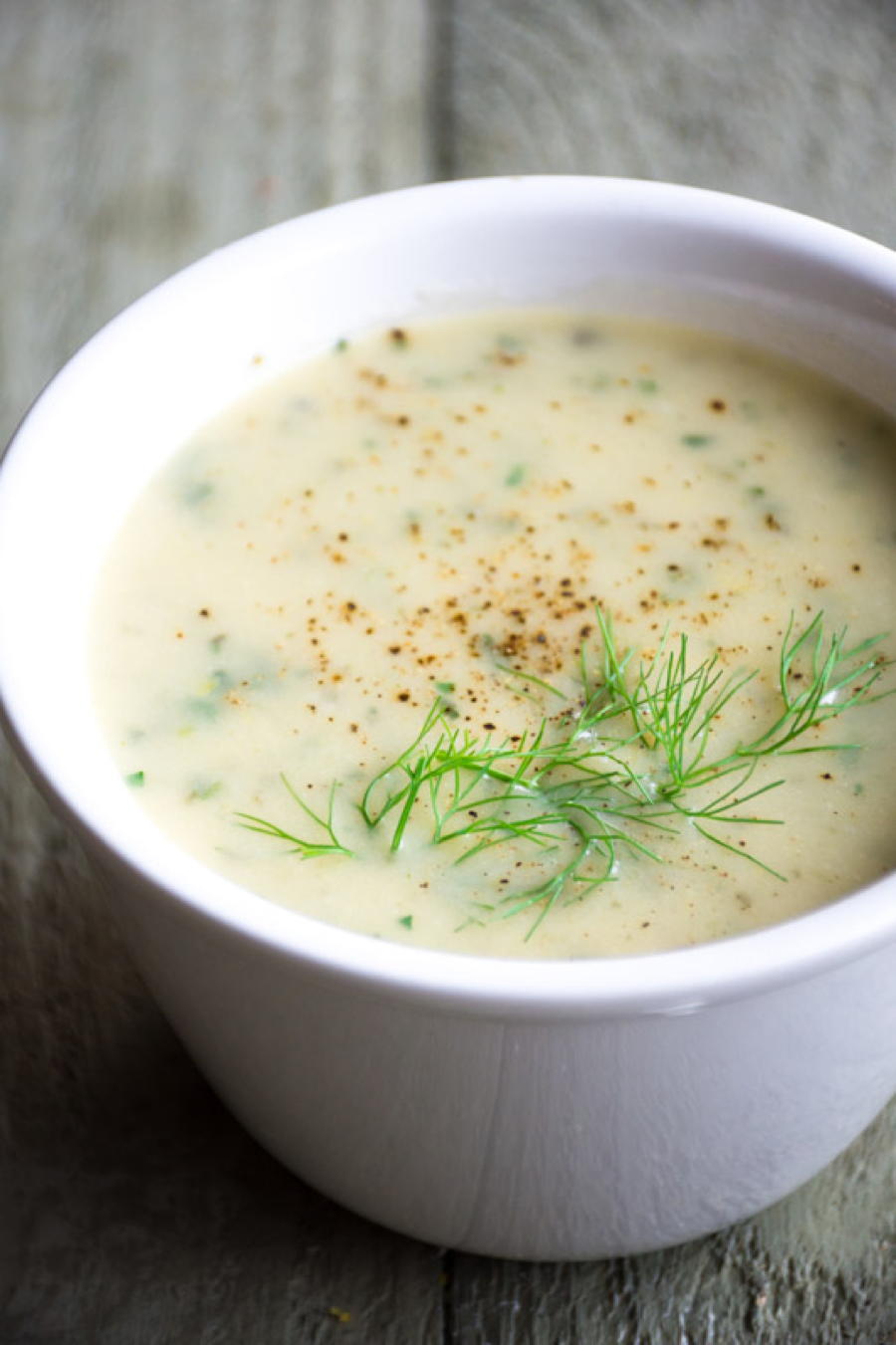 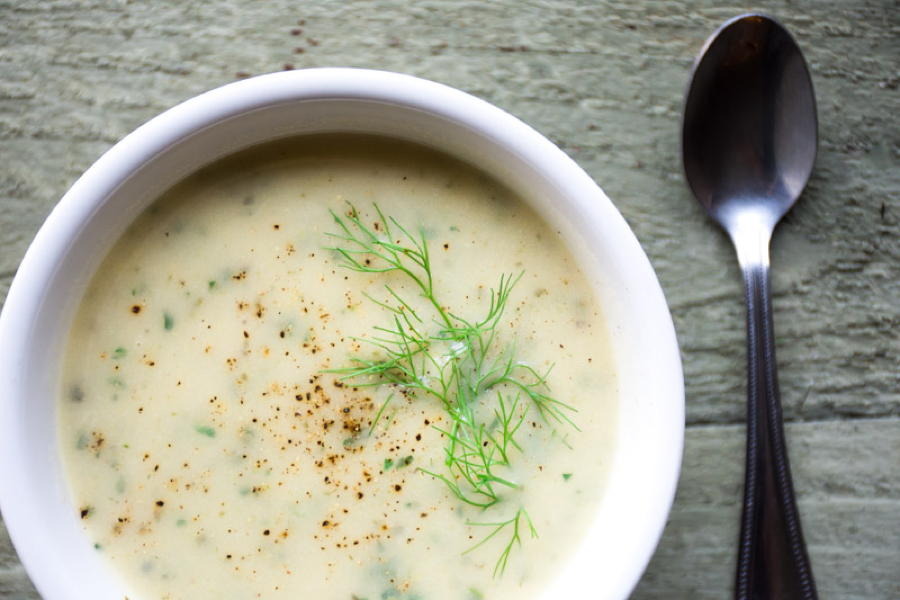 no matter what you decide to do you really can’t go wrong. the flavor is all there and it’s the good, good stuff. the kind of stuff that makes the middle of winter not seem so harsh after all.

did you make this recipe? I would love to know how it turned out! you can leave me a comment below, or snap a picture and post it to instagram with the hashtag #nyssaskitchen! xo

*my inspiration for this recipe is credited to a recipe for “potato and parsley soup with parsley root” from The New Vegetarian Cooking for Everyone by Deborah Madison.

a quick and simple recipe for creamy potato soup with parsley, leeks and fennel. easy to make and a perfect way to warm up on a cold winter’s night!